Ok guys for 1st time im serious so ehm
This application for syneas the old cleirc from DeadSox she was the leader and we all know wat happined then, BUT i asked her to join here and sin said make and application SO we all know shes respectfull person and nice and she done all she can do to make Deadsox guild the best howevere shes joining here as a normal member so if anyone have any prob with her joining just comment and mybe can be fixed say in here dont go to GC and start whine thats it !
ZedG3 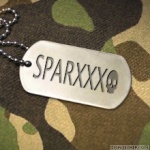 A big yes! Even if i didnt talk to her a lot before i know she's a nice person

back back, was good leader n for sure gonna be a good help in guild

I think YES is a correct decision (I love clerics 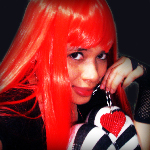 yeah from me, i knew him since i playing my shindara and my Jyu crus is still a DS char xD
forbidendragon@

I know that I'm not allowed to vote because I vote yes for everyone. But, I really mean yes, this time.

I have no clue about whatever drama went on in DeadSox. Don't care. Syn has ALWAYS been nice to me.

If it matters, I vote yes.
spoeky

Yes from me
Brownie

yes for me
Tyrannosaurus

synnnnnnnnnnnnnn hello xP
i vote yes...dunno what all the drama is but im sure everything can be fixed with time...
Kohak

cris and me vote yes
Gaia 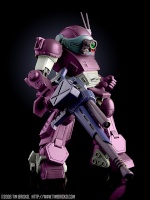 oO yes!!! syn was covered me when i apply DS ..i dunno what happened in DS but she always positive not like others!!
XxSiNxX

Well, to get through with this without further delay, I've decided I'm ready to accept u back into this guild.. It doesnt change where me and some others stand, however I've 1 condition, considering me and the majority of others with me now spent so much time and efford on building and keeping Deadsox alive I only see it fair everything we worked hard for is given back as Serenity property.
_________________

you know what time it is forum~~

i just wanted to say ma7 post might sound abit selfish *GAY* or greedy *FAKE*
but its not, its true most of us who was helping keep ds alive are now in sere.
and who knows if those banks has something what could benefit the guild and make it stronger, dont u guys agree that?

i can understand that it might feel like woo they are blackmailing me to get in sere give stuff to us and u get in its not that.. its about giving the stuff back to the people who worked for it, thank you for listenin

so forum what u think should she join? 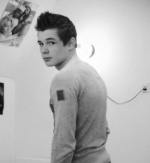 just let her know that she come to Serenity not DS

for me is ok that she come and with her around is possible that more ex DS want to come, but we have to make clear that this is Serenity

i thing that this is what SIN want to say
Syn

For a while now, a lot of people have asked me to apply to this guild. I did not ask for this thread to be started, and I did not apply. But when I heard how many people actually wanted me here, I thought maybe it would be a good thing. Lots of my old friends and family are here. And I’ve met some really cool new people that didn’t know me as the imperfect DeadSox GL.

I have no desire to ever run a guild again. I have put DS well behind me, and I just wanted to play the game as a normal person. I wanted to have fun, be with nice people, laugh a lot, and have a good time. Since I’d rather burn my computer than join DG, Serenity was the other option. And with so many of my family here (and the one person I love), it started to feel like a possibility.

I have always been upfront with everyone asking me to join why me coming to Serenity was a long shot. The people who run the guild do not care for me, and it's their guild. It's their right to choose who they have here. Even a thread full of “yes” doesn’t change that, it seems.

I was surprised to learn today that while I was not accepted as a normal person, I would be allowed to join only if I handed over old DeadSox property. You can call that whatever you want (extortion, blackmail, greed). To me, it’s simply insulting.

If I am not “good enough” to be in this guild with my friends as a normal player, then I will find a guild someday that does want me. I feel I am worthy enough as a human being and as a player to be accepted in an elite guild without having to “pay” for the privilege.

Furthermore, I agree with Kohak. Serenity is not DeadSox. I did not intend to join DeadSox II. So it makes no sense that Serenity would expect me to hand over DeadSox property as a condition of my acceptance. You can't abandon a guild to start a new one, and then think you still deserve the old stuff.

Thank you again to all who supported and encouraged me to join. I really was hoping to play a game I miss alongside my friends, my family, and the one I love, but it seems that there is a very large price tag attached. I wish you all the very best.

imo...deadsox property should not be handed to serenity for guild purposes, by the time deadsox were dead..all the stuffs in it should be dead as well...it sounds unfair if we got more stuffs than what we work for
XxSiNxX

Well, Idk wat ur trying to point out here, even if u get 50 pages of complete acceptance the final decision is mine, not anyone else's.. I've built this guild from scratch, I'm sure u can remember how things were, n how hard I worked for Deadsox and for this guild now, n ur telling me this is insulting? blackmailing? greed? didnt u feel that when u called me a scammer and changed all bank accesses to urself? did u forget that we ALL worked for that shit not just u? Idc from what angle ur lookin at it, personally Idc if ur in or out.. As I said it wont change where I stand, I only gave u a chance cuz of all those people who want u in here, Whatever ur choice is, goodluck with it.
_________________

But sin? why woud she give deadsox bank to your new guild? it doesnt make sence:S
noone had to pay to get in,and why she do?
Kohak

actualy i not care

you cant look the future if you still look the past

syn, come here and be a regular player and i am sure that all will be fine

i can understand you more that what you thing, i am ex GL too and i have people
that hate me for come to serenity but i not let that take the best of me

because my ex menbers cant hate me more that what they love me, and that is the same to you

come and be a regular, and you will see that
Sponsored content